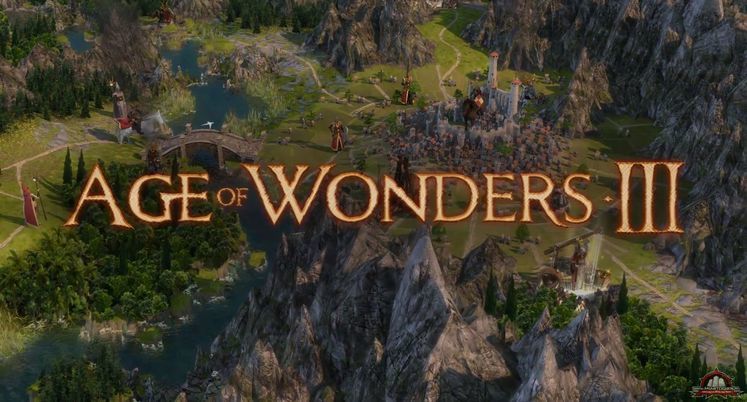 Age of Wonders 3 isn’t a game that’s short on content as it is; even discounting the two meaty expansions it’s received, you’ve got a bevy of races, classes, spells, mammoths, evil penguins and more to keep you occupied as you attempt to build your fantasy empire. The game has been out for a while now and drawn the praise and devotion of many players continuing to build, advance, and conquer.

Our own reviewer found the game to be an impressive return for the series, inviting more creativity into the 4X strategy mold with strategic battles and the challenge of a hostile world. Its expansion fared even better here at GameWatcher, praised for its massive introduction of new goodies and masterful balance of old and new mechanics. Safe to say, the game’s praise is well-deserved.

Of course, with a devoted player base in an open mod community like Steam, creative, practical, and/or ingenious mods are sure to follow. We’ve scoured the talented modding community – one that is quite healthy now due to the release of the game’s official mod tools – for the latest and greatest community-created content for Triumph’s fantasy 4X epic. Have a looksie at what we’ve come across and procured for your gaming pleasure. 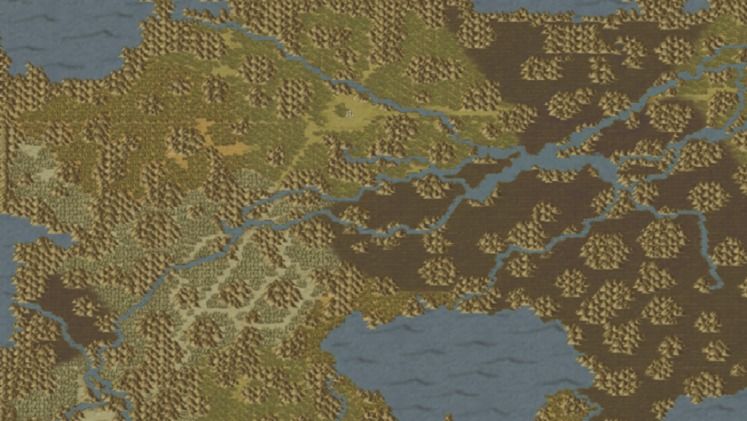 Would you love to have more comprehensive control of the map generation process in your Age of Wonders 3 games? Maybe you’d like to play a game with more desert, less mountains, a little forest, etc.? Then you should check out this mod. It provides several sliders that will allow players to adjust how much or little certain terrains or landscapes will appear on your map. 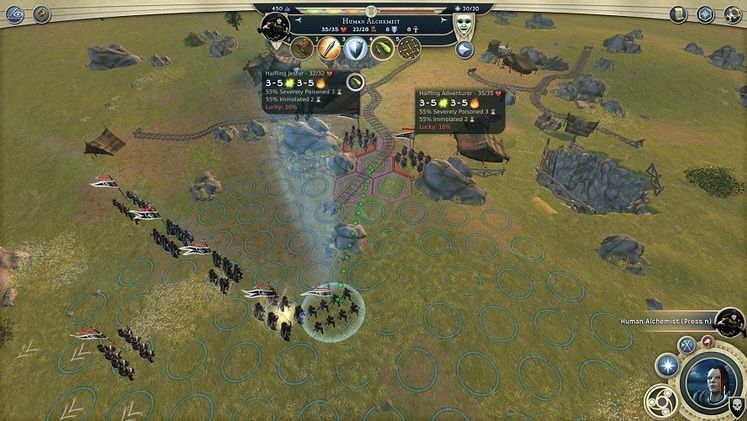 Would you like a little bit more of a challenge to go with your expanding empire in Age of Wonders 3? This mod will remove health regeneration from units in the field. Instead, they’ll decay from being out in the wild. Use the “forage” and “supply” commands on tiles with varying resources to keep your troops fresh and ready while having healers and support nearby to actually mean something. It’s a little something for the survivalist in all of us. 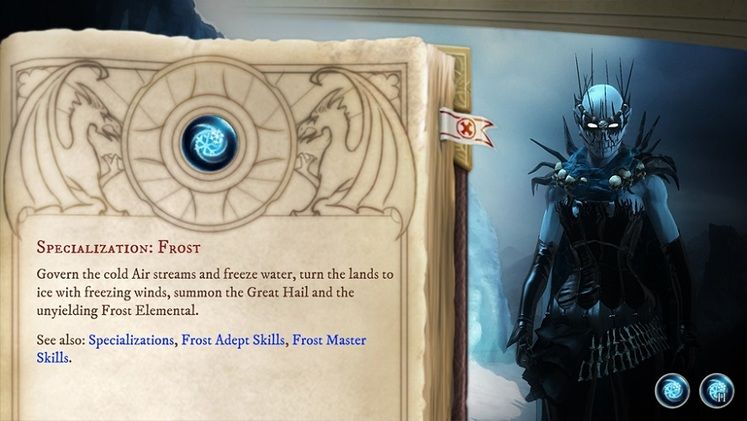 Do find yourself looking at the spell books in Age of Wonders 3 and wishing there was a way to specialize in the powers of ice? This mod will give you just that. It takes advantage of Air and Water specializations to provide a whole new set of ice-themed specialization that will leave your enemies frozen in fear. 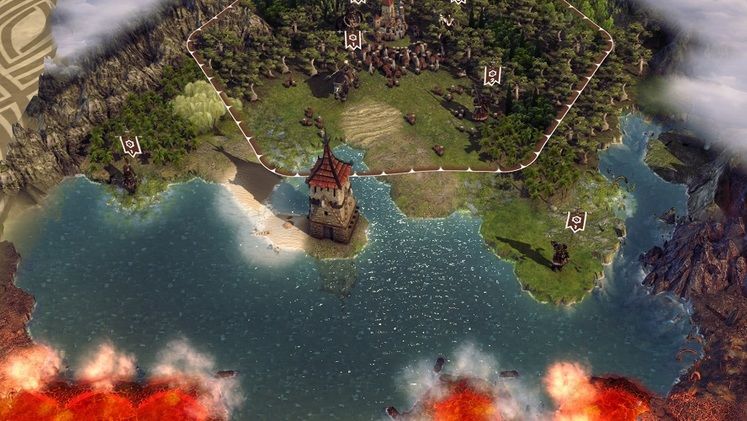 A simple yet interesting mod, this one replaces all of the watchtower textures with race-specific ones. Each faction will be able to deploy watchtowers cosmetically unique and lore friendly to the race. Furthermore, the game’s Random Map Generator will deploy these new towers on appropriate terrain.

More Colors for Coat of Arms / Created by Nolan Kotulan 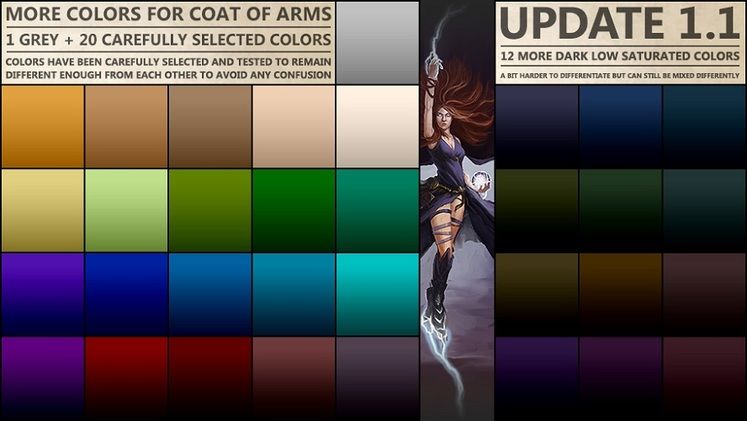 A coat of arms should bring pride to all that wear it, right? Then why not explore a set of colors that will make your armies truly stand out against the rest of the world’s factions in your Age of Wonders campaign? This mod will open up over 30 new colors to apply to your faction which were specially picked to stand out in gameplay, scenes, and outfits. 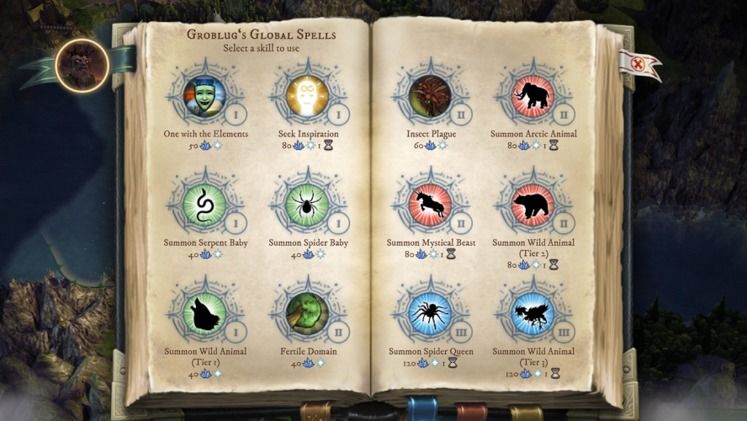 Summoner spells can be quite the treat… when luck decides it will work in your favor. Do you tire of summon spells being just a bit too random? Would you like to be able to summon a themed army and conquer your enemies with swarms of spiders or loyal packs of forest beasts? Then this is your ticket. It splits summoner spells into several categories that will allow you to be picky choosey with your familiars. 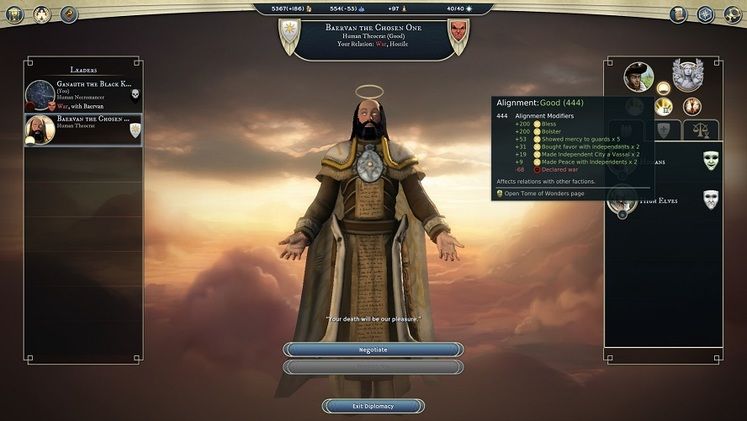 Good guys should be good guys and evil guys should be evil guys, right? Well with this mod, that will be closer to the truth in Age of Wonders 3. It will make it so that specializations supply greater influence to a leader’s alignment through use of permanent innate modifiers and acquired modifiers gained from choice. That is to say your harbinger of Destruction will have an easier time being evil and staying evil and your theocratic Creationalist will vice versa be able to handle staying good much easier. 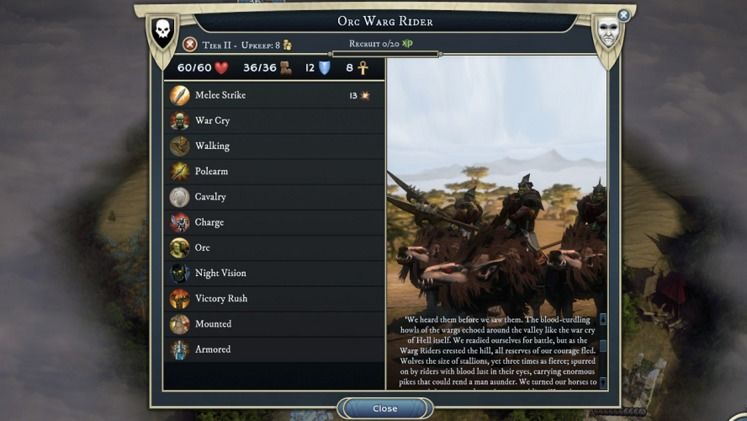 Warhammer fans pay attention. This is a mod dedicated to you. It takes the Orc and Goblin armies and revamps them entirely to fit their Greenskin counterparts in the fantasy universe of Warhammer. With this mod, both factions will get all new units that have been extensively balanced to each serve a meaningful purpose to their respective armies. Prepare this so-called “Age of Wonders” for a new kind of war and cull the weak from the land. 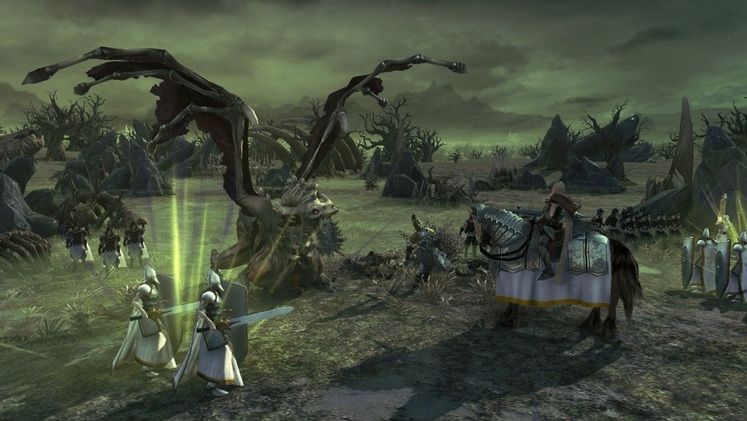 This should be an easy concept to wrap your head around: Animals all have their particular climates they thrive in right? A Gryphon should love the mountains and Spiders should love the darkness of the subterranean. So why don’t these things factor into the wildlife of Age of Wonders 3? Well, with this mod they do. It will give environment specific bonuses to each animal and mythical creature based on their propensity for that particular area. Simple, yet smart. 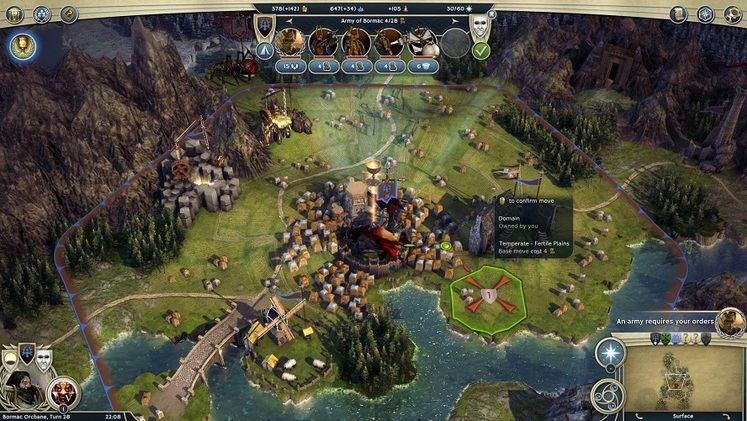 Here’s the deal about mountains in the ancient times, they were no cakewalk. Even in most fantasy lore a mountain generally represents a pretty hefty obstacle to the heroes or villains of a story, so why shouldn’t they in Age of Wonders 3? With this mod, Mountains become very, very difficult to traverse without the right research and know how. Even with Mountaineering, don’t expect to skip and hop over ranges. This mod makes them the challenge they probably ought to be.

Age of Wonders 1 / Created by Gloweye 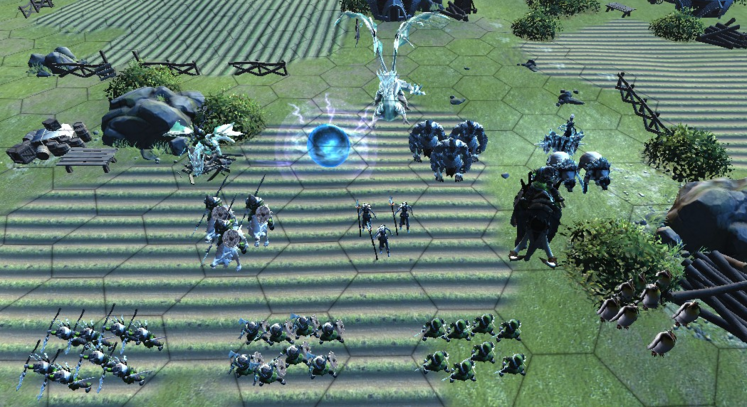 Still in Beta but already pretty hefty, this mod adds in the story campaign from the original Age of Wonders, and also reworks the core races to bring them more in line with their original counterparts. If you just want the race rebalances, you can download that separately.

Age of Wardrobe / Created by SilverGirl 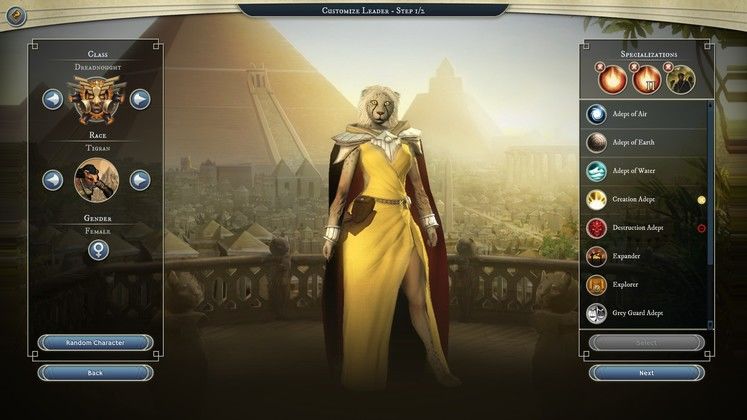 Running a successful fantasy empire isn’t all about hiring soldiers and casting epic spells – sometimes you just need to look fabulous. This simple tweak allows you to choose from all the outfits in the game when designing your leader, regardless of class. That means you can have a druid in plate armour, should you wish, or a warrior wearing robes.

Heart of the Underground / Created by Shocky 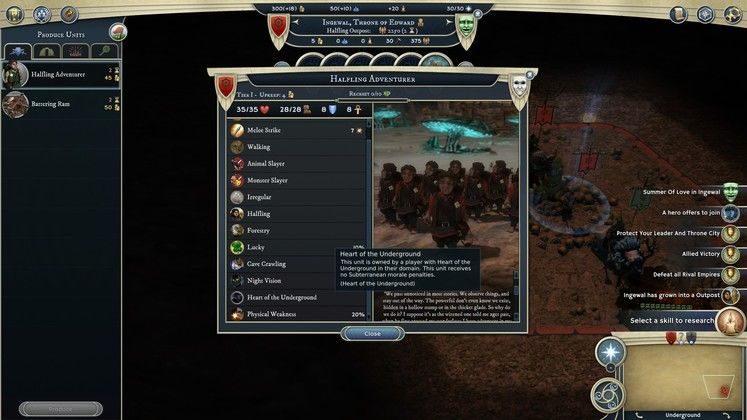 Age of Wonders 3 has huge underground zones to explore, but only a few of the core races possess the necessary traits to overcome the movement and morale penalties that come with subterranean exploration. This mod adds a Heat of the Underground structure which allows your empire to ignore those penalties. 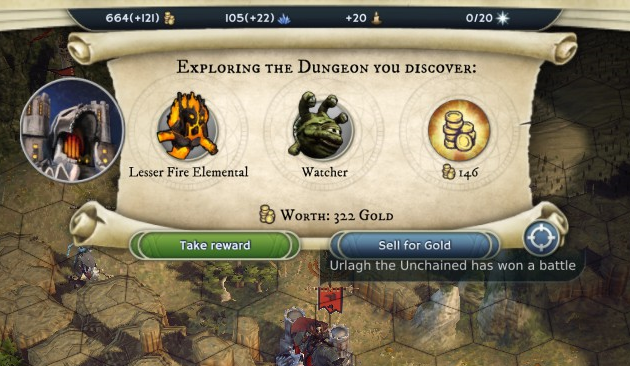 This simple mod widens the possible rewards options for clearing out low-level adventure sites. That means a wider range of animals and monsters for you to add to your army, including the deadly Dire Penguins. It also removes the chances of you earning racial units from dungeons – you’ll always get some kind of unique neutral monster instead. 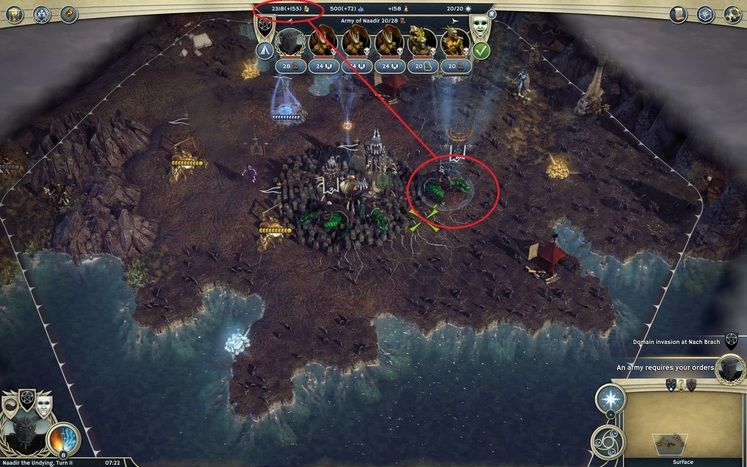 The idea here is to make fortifying your cities a bit more worthwhile. Now garrisoned tier one and two units will have their unit upkeep reduced, meaning you can justify having some extra defenders scattered around your empire. You’ll have to research two empire upgrades to be able to make use of this. 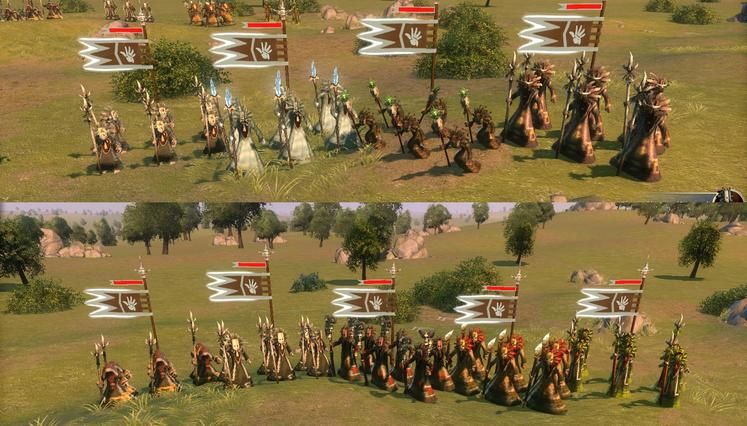 One of the cool things about AOW3 is the way you can mix and match your racial abilities with each classes unique troops. This lets you come up with horrible creations like the Goblin Succubus. Sometimes these unique creations can look a bit dull, however, which is where this mod comes in. It reskins the racial class units to make them a bit more identifiable and visually interesting. 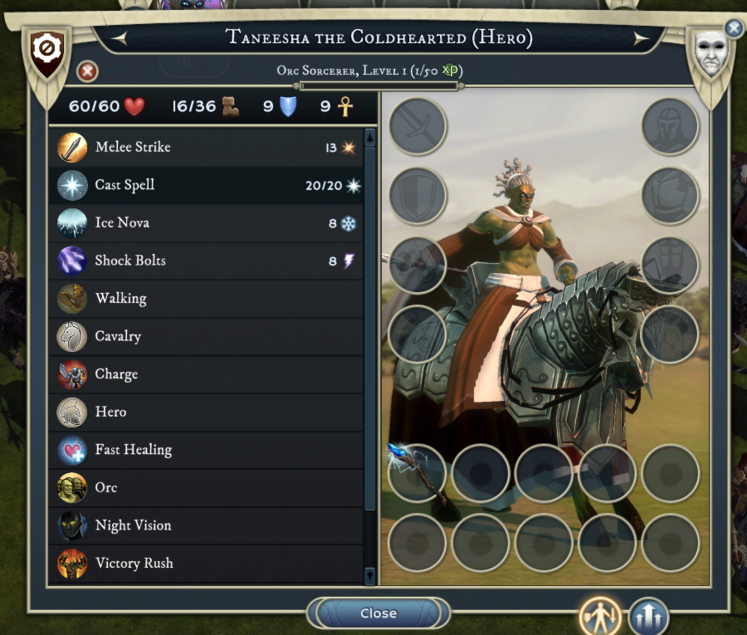 There are already hordes of NPC heroes for you to hire in AOW3, but a bit more choice is never a bad thing. This mod adds thirty-five new heroes to recruit, including options for each race and class. Some even come with their own unique gear and abilities. 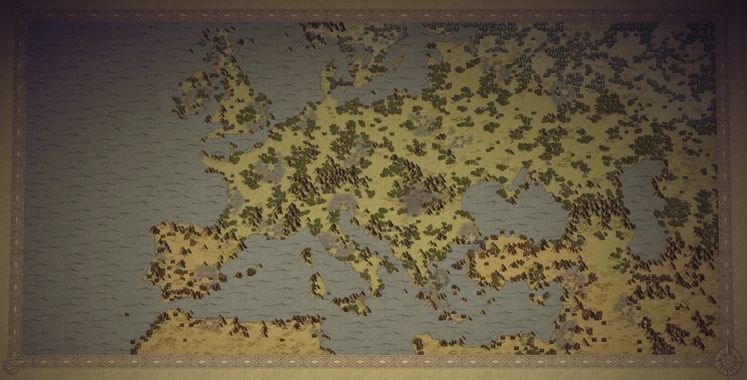 It’s always fun to play games like this on real-world maps, and this scenario adds an extra large fantasy version of middle ages Europe, complete with a selection of new factions loosely based on real-life historical nations. There are also a few minor independent factions to keep you on your toes.

That’s the last of our gatherings for now, brave peacekeepers and terrifying conquerors. Fear not, however, because we’ll be keeping a close eye on the community, and highlighting the best of what we find right here. Be sure to check back and we’ll be sure to supply you with the best that the Age of Wonder 3 modding community has to offer. Till then, we hope you’ll enjoy what we have to offer.