02 December 2008 | By Stew
I honestly don't have a lot of experience with Downloadable Content. I buy the occasional song for Rock Band, but beyond those infrequent purchases I have thus far pursued my gaming hobby with little desire to partake in this increasingly common utility. On one level I can see the definite benefits of it. If Little Big Planet has taught us nothing, I think it has demonstrated the value of downloadable content and the way it can be used to augment a game. Furthermore, the recent confirmation of the long promised GTA IV DLC is likely to be a boon to a game that is already massive in scale. When used properly I most certainly think that DLC is a great thing, that being said, there are more than a few examples of DLC being used as little more than a new, shallow way to engorge the profits. 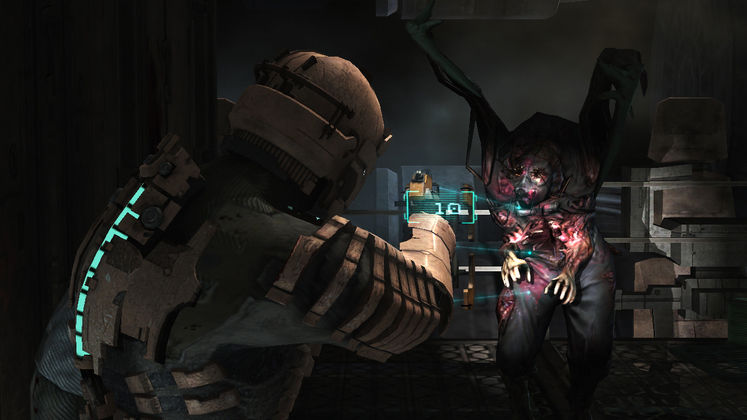 Take Dead Space. Being a staunch fan of survival horror games, I was delighted when Dead Space came out to good reviews, and I have enjoyed it most thoroughly. A few days ago however, I remembered reading about DLC for the games that differed depending on which console you were playing it on. I happily logged on to retrieve said content -which amounted to a new outfit upgrade for main hero Isaac- and was shocked to find a price tag sitting comfortably next to the desired download. This wasn't a mission pack, or a nice little side story that would improve the depth of the game. This was the sort of thing that one would expect to get as an unlockable, and here I was, expected to pay for it. Suffice it to say I have been happily dismembering the game's aliens in the standard suit already provided in the game.

In more than a few cases, developers have been doing this recently. They have been looking at DLC as a new cash cow rather than a way to keep their games relevant and more valuable as a mode of entertainment, and honestly it is shameful. In my opinion, cosmetic enhancements should be free of any charge, and if a developer really wants us to shell out extra cash, they should make something worthwhile. If a real expansion pack were to come along for Dead Space, I would gladly buy it. Dead Space is a good game, and I'd love a few more areas to trudge through. But to ask me to pay for something that should have been a free part of the game from the start? That's just selfish. How would Soul Caliber fans have reacted if the much touted presence of Yoda and Darth Vader had actually meant, “Yeah, you can have them if you pay five bucks more?” 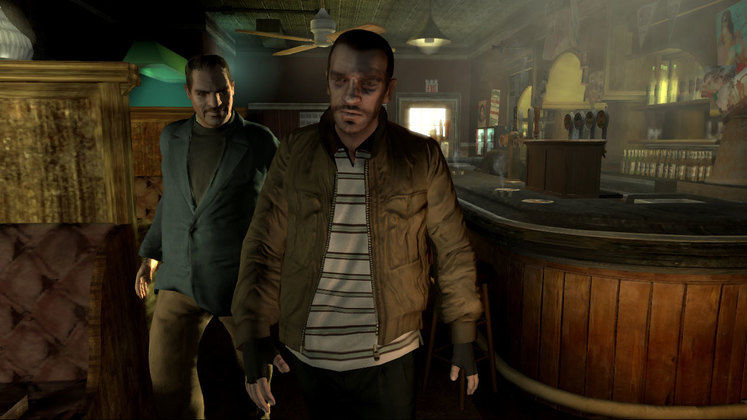 And the sad part is that a lot of people would pay five dollars for the opportunity to play as Darth Vader. From a business standpoint it makes sense to do cheap additions like this, because they can't take too much effort to make, and they're probably going to yield a profit. Just look at the Sims franchise if you want to see how effectively a company can milk its fans. When The Sims 2 first came out, it was lacking a whole lot of stuff that had been included in add on packs for the first game. It was really quite blatantly exploitative when you think about it. EA was essentially asking players to literally repay for all of those features they had already bought once before. But it worked, The Sims 2 is still insanely successful, largely because whenever a new expansion pack comes out fans flock to buy it. Granted they are a bit different from DLC, in that you do usually buy a disc for them, and that many of the expansion packs really do enhance the game. But at them same time, how much do you want to bet that The Sims 3, for all that it will improve upon will have things intentionally left out that should be there? Add ons in some cases can be more lucrative business than the games themselves, and there are a lot of people out there who aren't at all shy about using that fact to their advantage.

That being said, there are some heartening trends emerging amongst some major developers that are giving me some hope for the future of DLC. Sony for instance, could have forced players to pay a subscription fee to participate in Little Big Planet's online network, but wisely, and generously, they didn't. Sometimes it doesn't pay off to force people to pay for what should be free, and I have no doubt that LBP's community will flourish thanks in part to its ready accessibility. The aforementioned GTA IV DLC is also a nice sign, I think. Considering the popularity of the game, Rockstar and Take-Two could have easily pumped out a few cheap expansion packs with new weapons or clothes and many a fan would have been perfectly willing to pay out the arse for new ways to wreak havoc in Liberty City. That said, from the sound of things they chose rather to construct something that really expands the game. One can only hope that in the future other developers follow suit.

I will never argue against companies making a profit off of the games that they make. We can't expect developers to make them for free, after all. But that said, the things they expect us to pay for should be worth our money. DLC has the potential to be something great, but I'm not going to fork over money for something that isn't really going to make my gaming experience anymore remarkable. Most of the time I've already spent sixty dollars on a game. I'm not going to spend more on what I don't need.