08 April 2008 | By Kres
EA, Harmonix and MTV Games confirmed that Rock Band's European tour will be hitting the UK this spring. The UK release of Rock Band will have an exclusive launch window on the Xbox 360, beginning on May 23. Rock Band will be available for additional platforms later this summer. 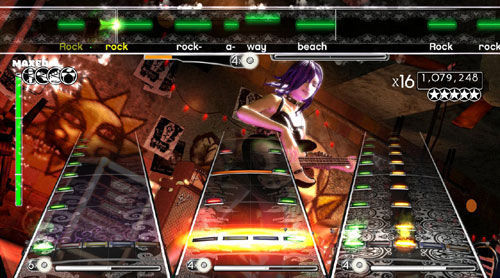 Rock Band is an all-new platform for music fans and gamers to interact with music. The game challenges players to put together a band and tour for fame and fortune, mastering lead/bass guitar, drums and vocals. With more master recordings than any other music game, Rock Band features some of the world’s biggest rock artists and spans every genre of rock ranging from alternative and classic rock to heavy metal and punk.

In addition to the 58 tracks from the North American release, Rock Band will feature nine new tracks spanning German, French and UK hits including:

Let's hope EA announces a price point for the UK soon. Stay tuned for more news about Rock Band throughout the day.