13 September 2008 | By Stew
A long time ago there was a brand new console called the SNES. Many of us remember it with a particular fondness and some even consider it the best video game system ever made. Oh to think of the 16-bit goodness of the old days; Super Mario World, The Legend of Zelda: A Link to the Past, Final Fantasy III (VI). So many pleasant memories from one little box. 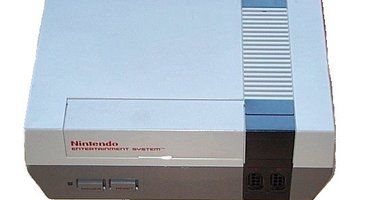 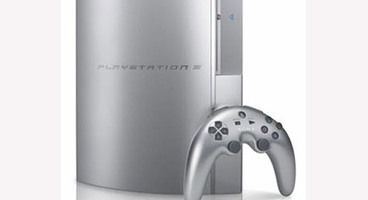 Many people remember the SNES with more than a little fondness, but few people remember that amongst the many features that were supposed to be a part of its skill set, backwards compatibility was one of them. Indeedily, the beloved SNES was initially supposed to be able to play NES games, and as we all know, it didn't. The feature was eventually deemed too costly, and to the disturbance of many an annoyed consumer was ditched. And yet, over the years that fact has been all but forgotten. We hold the SNES and the era it lived in up in reverence. After all, what does backwards compatibility matter anyhow?

Apparently a lot. The eventual lack of backwards compatibility has been one of the largest complaints against the PlayStation 3. Not to compare the PS3 to the SNES. The two couldn't be more different. The SNES was a console that helped to define an era. The PS3 is in the eyes of many the third string of this generation, not failing but not exactly defining success either, and backwards compatibility seems to be part of the reason.

The PS3 of course had BC when it was first released. But cost became an issue. Sony was losing a ton of money on each and every console they were selling and due to the rather substantial price of the PS3 they weren't selling all that many. Something had to be cut, and while some might consider PS2 backwards compatibility a poor choice of meat to stick on the cutting board, it's what Sony went with.

On one level I can understand the dissatisfaction. PS2 games are more than a slight more affordable than PS3 games, and for a long time there weren't that many worthwhile PS3 games on the market. But things have kind of changed. The PS3 has more than its fair share of good games, both exclusive and multi platform, and there's a whole slew of worthwhile exclusives on the near horizon that are bound to up the value of Sony's console. Honestly, as time goes on, the usefulness of backwards compatibility is going to dwindle, just as it did with PS1 games in the last generation.

Honestly, after the PS2 got into full swing, how many PS1 games really seemed all that great in comparison? Only a few ever really seemed worthwhile to me and even some of those suffered more than a little from the advancements made by their later iterations. The same situation is developing with the games of the last generation. There are a lot of PS2 games that don't hold up well when placed side by side with the games of the new generation, and I find as more games come out, especially new sequels, that my desire to go back and play old games is fading. Those few games that still hold up well today are growing fewer and fewer, and tend to represent the very best of the last generation. How long even their quality will hold up against the vast improvements of this generation is up for question. Give it a few years and the question of backwards compatibility probably won't be much of an issue for some. For others, there is likely always to be a desire to have backwards compatibility at their fingertips. I myself don't find it that important, but again, I have a PS3 with BC. But then, I also have a PS2. I never got around to selling the thing and as we all know, a PS2 can obviously play PS2 games.

People woe the lack of BC in the PS3 but they should keep something in mind. When I bought my 60gb PS3, with a single game and tax, it cost me nearly 700 dollars. The standard price for an 80gb and soon 160gb without backwards compatibility is 400 dollars. Add a brand new PS2 to that and you have the same features for less than 600 dollars. Was it foolish for Sony to remove backwards compatible PS3s from the mix altogether, especially if there is a market for them? Yes, but it isn't like they didn't leave any options whatsoever.

The SNES didn't have backwards compatibility, but it never mattered to me. I had a NES, and still do. Backwards compatibility is no replacement for the console itself, and while I'm sure there are many out there who don't want to have to hang on to a dozen different machines just to play a few games, well, tough beans. At some point you have to let go of the past. You can't expect companies to constantly make things convenient for you at astronomical costs to themselves. At some point some platforms do just become obsolete. I for one, would much rather have a PS3 without BC than no PS3 at all.