20 November 2008 | By Jamie Davey
Midway Games announces a planned global ship date of February 16, 2009, for Wheelman, the upcoming open-world driving game starring action-film megastar Vin Diesel as an expert driver for hire. Set in picturesque Barcelona, the game is scheduled to be available in stores everywhere by February 20, 2009, for the Xbox 360, PlayStation 3 and PC.

Co-produced by Vin Diesel and created in close partnership with Diesel's video game production company Tigon Studios, Wheelman is being developed by Midway Studios - Newcastle Ltd. "We're designing Wheelman to play like a Hollywood blockbuster," said Vin Diesel, Wheelman star and executive producer, Tigon Studios. "Playing this game will be just like taking control of the greatest car chases from feature films, except this time you're in the driver's seat."

"Featuring Vin Diesel and set in Barcelona, Wheelman is a title with enormous sales potential," said Martin Spiess, executive vice president, international of Midway Games. "We're making a multi-million dollar marketing investment to make sure that gamers around the world are ready when Wheelman goes on sale worldwide, which we have planned for February 2009." Midway is working closely with Vin Diesel and Tigon Studios to create an all-new property that is expected to eventually lead to a feature film, with a script that is already in development. 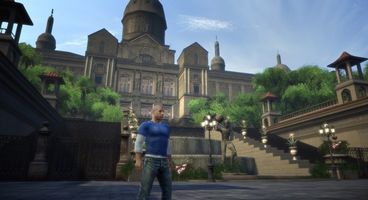 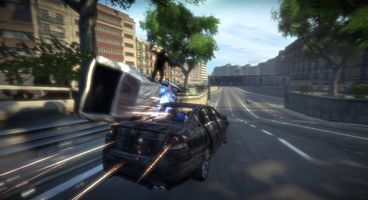 Vehicle Melee allows gamers to sideswipe pursuing enemies with a simple flick of the joystick Wheelman's devastating "slam-n-ram" maneuvers can be carried out in all directions, just like you'd see in a Hollywood-style car chase.