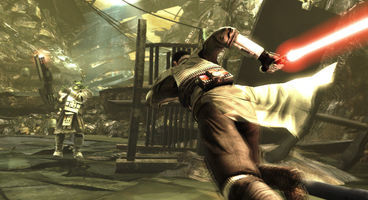 LucasArts announced this morning that The Force Unleashed, its latest Star Wars game for the Xbox 360 and PlayStation 3, has sold more than 1.5 million copies worldwide in its first five days of being released.

"The record-setting sales of Star Wars: The Force Unleashed shows the undiminished power of Star Wars and its popularity across all media types, including videogames,"

said Darrell Rodriguez, president of LucasArts. "We're blown away by the response to the game."

LucasArts are currently manufacturing more copies of the game to meet the demand, shortages aren't expected.

Star Wars was always going to sell well, but we would love to see a revamped Tie-Fighter game next, please.