Tragnarion announce 'The Scourge Project', for PC and Xbox 360 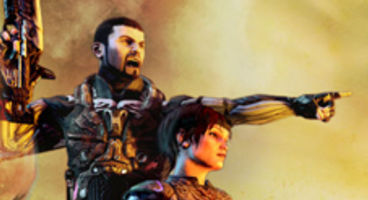 Spanish developer Tragnarion Studios has been working both "co-op action" and "co-op storytelling" into their multiplatform third-person game.

Each player gets a "distinct perspective" on the core story, which is packed with boss fights, puzzles, special talents and a slew of multiplayer.

"The whole team has put a huge amount of love and effort into creating something special and we’re all eager to see action gamers the world over having a blast with the gameplay and soaking up the breathtaking visuals and soundscapes."

The Scourge Project is being released on PC via Steam this month, and Xbox Live in March 2010. It's a co-op game based around four-players and powered by the Unreal 3 engine. It'll come in two episodes and it will provide more than 5 hours of gameplay.

"Our unique blend of co-op action plus co-op storytelling, in which each playable character has a distinct perspective on the central plot, brings something new to the table and we’re definitely looking forward to expanding on this and much more in the rest of the Scourge Saga." There's much more over on the official website.