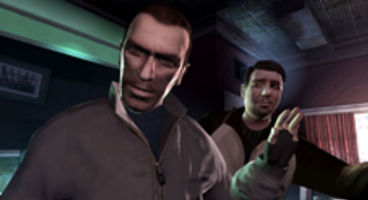 Why has The Lost and Damned and The Ballad of Gay Tony not rocked the world? It's simple - GTAs "are so massive" that most don't finish.

That's Michael Pachter's radical thinking, that we get too much from Rockstar Games too care. He reckons "fewer than 20%" finished the game.

This comes on the heels of AmTech analyst Ben Schachter saying the GTA franchise has 'peaked', although he back tracks a little by accepting no "true" new GTA has launched since GTAIV itself.

"Ben's right that the DLC disappointed, but I suspect that the reason is that GTA games are so massive that a substantial majority of the GTA audience hasn't finished the core game, so they don't feel especially compelled to buy the DLC," said Pachter, reports CVG.

"My guess is that fewer than 20% of GTA owners finished the game so fewer were interested in DLC." Surely he means reaching for that coveted 100% completion status, and not just reaching the main story's ending? Is GTA too big, videogamer?