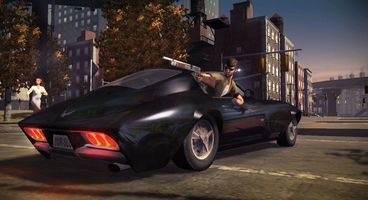 EA and Paramount Digital Entertainment announced today that the Godfather II video game will be released across Europe on April 10th, while North America will get it sooner on April 7th.

Set in a stunning open-world environment, The Godfather II expands on the popular gameplay mechanics of the first game and doubles down on the series’ signature BlackHand control scheme, which now features even more visceral hand-to-hand brutality at your fingertips, introducing a new combo system, pressure tactics and executions. In The Godfather II, players will fight alongside their hand-picked crew, who have their own skills and expertise. Each family member specializes in a specific field such as demolitions, arson, engineering, first-aid and more. As The Don you control the family, sending some of your men on missions while heading off into action with others. The combination of strategic organized crime gameplay and brutal BlackHand action sets The Godfather II apart from other open-world games.