13 February 2009 | By Joe Robinson
You’re all familiar with the PC indie gaming scene – those quirky little titles you find for free on the internet, conversions of your favourite games by modders... Indie gaming is alive and kicking, and now they have a chance to play in the big leagues thanks to Paradox Interactive and their new games label: Mezmer Games. We talked to Executive Vice President of Paradox Interactive, Fredrik Wester, and asked him what his plans are for this new venture.

Strategy Informer: Can you give a brief explanation as to what Mezmer Games is, and what it hopes to achieve? 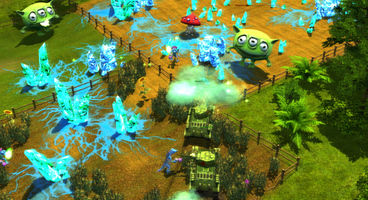 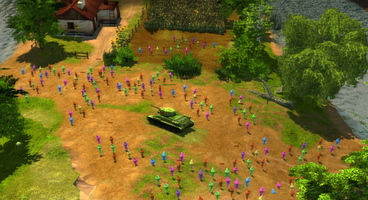 Strategy Informer: Paradox has picked up Indie projects before, like Mount & Blade. Why now does the company feel like they have to create an official platform for projects like that?

Fredrik Wester: Some games are of high quality and with great gameplay but it is hard to charge more than $9.99 - $19.99. Releasing a game in retail these days is a costly business and you need to sell a lot of units to recoup only the cost of taking the game to market.

Strategy Informer: You already have two games ready to launch under the Mezmer logo: Legio and Stalin vs. Martians. What can you tell us about these two titles? Was there any particular reason why you chose to launch these two?

Fredrik Wester: Stalin vs. Martians is a high-paced action-RTS game and Legio is a strategy game best described as a mix between Chess and traditional Fantasy TBS. We have chosen these two titles because we think they are both of high quality and they offer something new to the gamers.

Strategy Informer: Are there any other titles that you will be launching under this logo this year? Or any projects that you think might be picked up?

Fredrik Wester: We are looking at between 10-12 other games at the moment and a few of them are likely to be released this year. Next year we hope to release 15-20 great games at Mezmer.

Strategy Informer: You have listed the pricing between $9.99 and $19.99 – how much of that goes to the developers, and do they actually benefit more then they usually would under this business model?

Fredrik Wester: We're typically paying back 50% of the net revenues to the developers; I think the most benefit the developer will see is the visibility they get through our marketing and sales network that is already in place. Mezmer Games is a marketing-oriented organization focused at launching great games.

Strategy Informer: Do you think Indie games will thrive better under the current economic climate? It is well known after all that there are many obstacles in getting a professional studio going, money being one of them.

Fredrik Wester: I think there is a great opportunities for independent developers to gain market share under the current economic circumstances. There are also a lot of people laid off from big studios, meaning that there will probably be a lot of new developers popping up soon.

Strategy Informer: On the Mezmer website, it mentioned that to begin with, the label will be working with already established methods of digital distribution, such a Steam. Will this also include your own GamersGate? What other ways are there of trying to get maximum exposure for these titles?

Fredrik Wester: GamersGate is definitely a part of the digital distribution network; we also have an extensive network of media and journalists to get reviews and previews for all games. We are also looking to use the MezmerGames.com web site as a community for both the developers and the gamers. It will be great to see the gamers having direct contact with the developers, providing feedback and discussing the games. 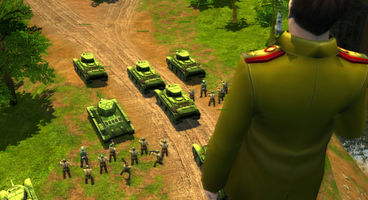 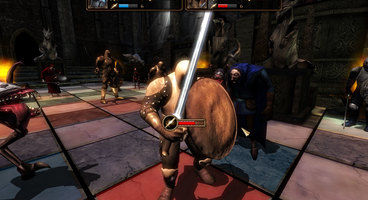 Strategy Informer: Do you think this new label may also be a way of breaking onto the console scene? Via the PlayStation Store or the Xbox Live Marketplace?

Fredrik Wester: It might be, however this is something we have yet to discover. The step from the PC to consoles was a little bigger than we originally thought but long-term this is a very interesting idea.

Strategy Informer: What steps will you take to make sure that the community aspect of Mezmer will not fall prey to similar problems that other website communities face, such as NEOGaf? What kind of content controls will you be applying?

Fredrik Wester: We will initially see how people react and what will happen. We have great experiences from the Paradox forums where the tone is civil and polite. We will make the rules as the site develops; I think our games have a target audience in the age group 20-45, meaning there is less need for strict rules and regulations.

Strategy Informer: There are already several sites dedicated to the indie gaming scene – what will make Mezmer different from them?

Fredrik Wester: I think the meeting between gamers and developers is our unique feature; we want to be a meeting place and a market place at the same time. Other sites have mostly been business-to-business sites focusing mostly on discussions between developers.

Strategy Informer: What kind of marketing strategy are you going to be undertaking to promote Mezmer games?

Fredrik Wester: We will use a very active PR combined with different guerrilla marketing actions. Half of the marketing is already taken care of if the game has a cool name and a good setting; who can resist a game named Stalin vs. Martians?

Strategy Informer: Will there be any DRM attached to these games?

Fredrik Wester: We are not planning to apply any DRM.

Strategy Informer: What do you think the future of the indie gaming scene is? Do you think there always will be an ‘indie’ scene? Or are you hoping that initiatives like this will mean there doesn’t have to be anymore?

Fredrik Wester: I think there will always be an indie scene, at least in the PC space. Mezmer Games wants to promote more Indies and we hope for more developers to take the step to become independent. One of our selling points for developers is that we will not claim the rights to any IP that we sign up, meaning that developers can build up their own portfolio of IPs and grow stronger over time. 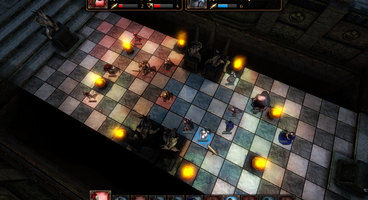 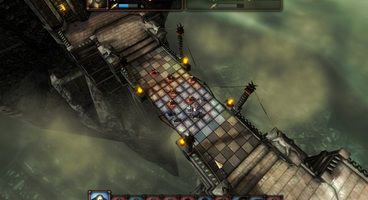 Strategy Informer: In closing, is there anything else you would like to say about Mezmer?

Fredrik Wester: We are very excited about this; I hope the rest of the gaming community are just as excited as we are. We welcome everyone to sign up at www.mezmergames.com and take part in the discussion.

So, it seems that quality indie developers are hopefully going to get the recognition they deserve, and we may even be able to avoid the unfortunate situation that plagued the Xbox Live Market place, with only quality titles making it to the label. What impact this will ultimately have on the market remains to be scene, but as has been mentioned, quality niche titles such as Mount & Blade started life as indie games – let’s hope we’ll see more of this in the future.