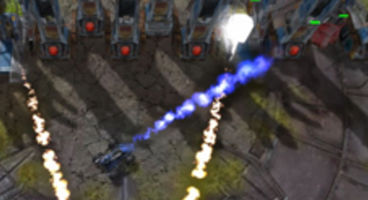 Being the only surviving member of an elite squad is tough, especially living in a top-down 2D world, armed only with killing implements.

Of course it's great for us gamers, which is why Konami is reworking Assault Heroes for a tour of duty on PSN. It hit XBLA back in '06.

Your mission is to uncover a secret weapons program that's being going on deep underground, and you'll be 'uncovering' it by blast anything in sight. It has local and online co-op with leaderboards to encourage you to gloat - yeah! It's due out next year.

For a glimpse of what to expect, if you haven't played it on XBLA, check out the trailer.