Sony officially unveils 'Revenge of the Wounded Dragon', for PSN 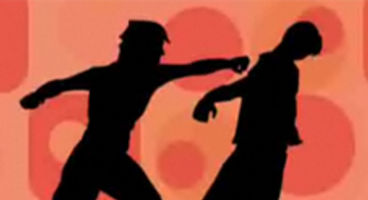 Developed by A2M, Revenge of the Wounded Dragon will be hitting the PlayStation Store this week in the US at least, no EU word yet.

The ESRB blurted out its existence first, but now it's all official and stuff. It's all about beating the pixels out of others, kung-fu style - yeah!

"Revenge is all about old-fashion arcade, and I mean it: Tons of enemies, loads of melees and fire weapons, challenging bosses, power ups, dragon rage, mini-games to let you breathe between chapters, finishing moves and much more!" posted producer Luis Romero on the US PlayStation.Blog.

Frankly it seems pretty awesome, with a 'kidnapped your sister' story thrown in so you can't feel bad when pummelling the faces of your enemies, plus they're Mafia. Revenge of the Wounded Dragon is being released exclusively on PS3 this week over PSN.