Ubisoft: 3D is here to stay, is to pictures what "stereo was to sound" 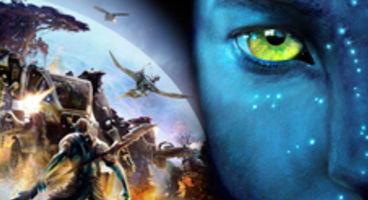 Publisher Ubi is super confident that the future of videogames, and indeed movies, lies with the third-dimension. Avatar is their first 3D game.

It's based on the James Cameron film, with assets of both shared since the beginning. It's out this December 4th for Xbox 360, PS3 and PC.

"3D is to pictures what Dolby Stereo was to sound," Ubisoft Montreal head Yannis Mallat told the Financial Post, reports Eurogamer. "No one wants to go back to mono."

"I don't want to get into the pitfall of blurring the lines between film and game," Mallat added. "We're trying to build capacity to tap into other entertainment experiences. The value lies on the way to get there." Ubi released a mini-movie before Assassin's Creed II.

In the future, Ubisoft plans to use the console hardware to render visuals in real-time to the same quality of high-definition TV programmes. That might mean Ubi "releasing movies and video games at the same time," he said. "Why not?"

Have you got some 3D kit for yourself, videogamer? Special glasses and screens are needed to turn your 2D gaming into a 3D wonderland.