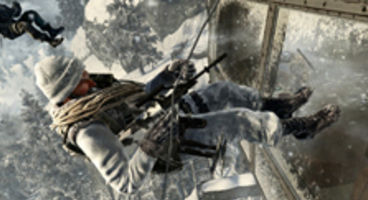 Publisher Activision's UK marketing kicks into gear this Friday during the Euro 2012 qualifier match between England and Bulgaria. We get 60 seconds.

They've got a "fantastic marketing campaign" for this "fantastic game" claims Activision, and they plan on another record like with Modern Warfare 2.

"The resources invested behind Black Ops in terms of development of the game and the marketing are the highest ever for Activision. Our ambition is not only to be the biggest game but also the biggest entertainment launch of the year," said Call of Duty's European general manager Michaël Sportouch.

"We’ve a 60-second ad during the England vs. Bulgaria match, which is our first mainstream communication around Black Ops in the UK. From there it’s going to be non-stop.”

"We’ve a fantastic game and a fantastic marketing campaign so our ambition is to set another record like we did with Modern Warfare 2,” added Sportouch. UK's official marketing campaign for Call of Duty: Black Ops begins September 3rd. The game releases on Xbox 360, PS3 and PC November 9th with no public beta or zombies.