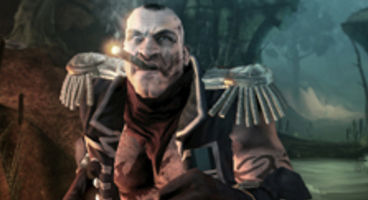 Lionhead Studios boss Peter Molyneux has talked a little about PC Fable III, and how it was likely his "fondness for the PC" that sealed the process.

He reveals it's no "conversion" of the Xbox 360 but a "custom designed game" for PC. It favours the mouse and will get post-launch content too.

"The decision to make a PC version was made when we started Fable III," Molyneux revealed to IGN. "The idea was not to simply do a conversion but a standalone custom designed game for the PC which would be part of the Fable franchise."

"My fondness for the PC as a gaming platform probably played a part in this process. And you can expect to see it at the same time as the Xbox 360 version." There won't be any PC specific features though, unless you count keyboard and mouse.

"The PC version has been developed with the PC platform in mind so naturally the control mechanism has been crafted around the mouse. There are no PC exclusive features as such but Fable III will be just as compelling on PC as it will be on Xbox 360," he said.

There is to be no Collector’s Edition for PC but "we're making sure that digital content from the Xbox 360 LCE version will be available for download for PC players." It'll be available to buy through the Games for Windows Live marketplace.

"Fable III will be a very different experience from Fable II and I honestly don't think that PC gamers will be in any way disadvantaged by not having played Fable II. In much the same way that any Xbox 360 gamer will be able to jump right into Fable III without having played either of the earlier games," noted the veteran game's designer.

The original Fable came to PC after its Xbox debut and also saw The Lost Chapters expansion released which added more to the original game. Fable II however was an Xbox 360 exclusive and left the PC camp out of the Fable loop, until now...

Unfortunately there won't be any cross-platform play for PC and Xbox 360, or any Natal on PC. "Project Natal has been developed specifically for Xbox 360 so it's just not possible to include Project Natal features in a PC version," explained Molyneux.

Fable III releases on Xbox 360 and PC late this year at the same time.