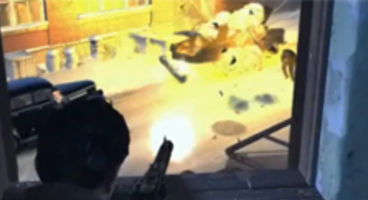 Great news Mafia fans because a demo for the sequel will be appearing on Xbox Live and the PlayStation Network in August, hopefully before retail.

Take-Two's Ben Feder made the announcement during their investors call. The full game releases the end of August for Xbox 360, PS3 and PC.

What you want specifics? Well alright - you know we spoil you. Mafia II hits August 24th in the US and August 27th in the UK. With any luck the demo will go live sometime in the early weeks of the month. Designer Alex Cox of the team reveals it 'aims for realism'.

It seems a PC demo is out of the question although maybe Feder just forgot to mention it, given the buzz word power of Xbox Live and PlayStation Network? See near 10 minutes of Mafia II gameplay footage below.