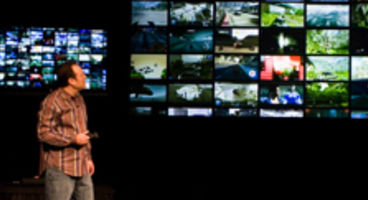 OnLive CEO Steve Perlman has teased how "big events call for big news", meaning he's got something to say at GDC about his cloud platform.

The Games Developer Conference continues today and ends this Friday. OnLive's beta revealed some lag issues, but they've been explained.

As it was the beta they had to be quite specific in their testing so anyone who didn't sign up from one location, from one IP and from one PC would experience latency. OnLive of course streams videogames via the Internet, removing the need for meaty hardware.

Of course us Europeans who are already up and about will have to wait for those sleepy Americans to down some coffee and put on their best suits for GDC to begin. Time zones - is there anything more inconvenient for major gaming news?

Whatever it is both Microsoft and Sony aren't worried because they believe the technology just isn't there yet for something like OnLive to flourish - mainly Internet speeds. You?