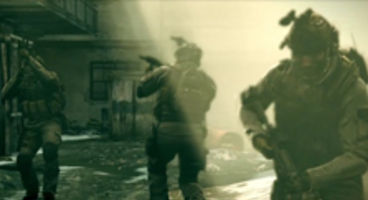 EA remind us critic scores are "highly subjective" with Medal of Honor's release being a "marathon not a sprint", as the average Metascore hits 74.

The reboot has had the "highest pre-orders" in Medal of Honor's 11-year history. It's all part of a "larger EA strategy" to retake share in the shooter genre.

"Critics' scores are highly subjective," publisher EA said. "The game had the highest pre-orders in the 11-year history of the Medal of Honor franchise. This is an essentially big achievement considering Medal of Honor has been dormant for several years."

"This is the first year in rebooting the franchise. Medal of Honor is part of a larger EA strategy to take share in the shooter category," they add. "This is a marathon not a sprint - today's Medal of Honor launch represents a step forward in that race."

Following the mixed review scores EA shares took a dip with Cowen and Company analysts Doug Cruetz and Adam Noily stating this is "a black eye for EA management given the amount of focus and hype they have placed on the game."

"We believe the mixed reviews could impact the title's legs as it will likely be competitively disadvantaged once Activision releases Call of Duty: Black Ops. We continue to believe MoH can achieve roughly 4MM units in first year worldwide sales but believe that the likelihood of upside to that figure is now significantly diminished."

MKM Partners analyst Eric Handler says the drop in shares is more to do with the artificial rise they experienced from the hype before it released, and that this drop was to be expected anyway. "As such, I think it's a situation where some of the air is being let out of the balloon following a nice run in the shares and high expectations," he said.

In the past 6 weeks stock had risen 15 percent but these mixed reviews are "certainly bugging people," added Lazard's Colin Sebastian. Medal of Honor releases on Xbox 360, PS3 and PC October 15th in Europe. Are you picking up a copy, videogamer? 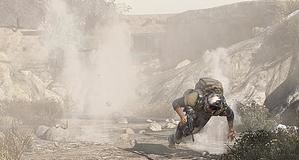