Napoleon: Total War SDK "in the near future" 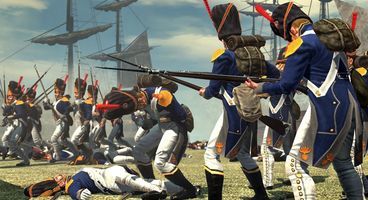 Modders rejoice! Creative Assembly has confirmed that they will be releasing a set of modding tools for Napoleon: Total War "in the near future".

The news came out during Strategy Informer's interview with Total War: Shogun 2's Lead Designer Jamie Ferguson, where we asked him why the relationship with the modding community had been a bit rocky recently.

"Yeah it wasn't something that was ever intentional," he said.

"I think we kind off... you know sometimes you can upset your friends without meaning to. What we were trying to do was create a game that would run faster but at the same time was moving things forward and looking good. I think the unintentional result of that was that in some ways it was harder to mod."

He then went on to reveal the developer's plans for releasing an SDK for Napoleon.

We couldn't pin them down on an exact time-table, and when asked as to whether an SDK for Shogun 2 was also in the works, he was equally as vague:

"I wouldn't rule it out. I don't know when or in what form that would take, but it's something we will probably be looking at as well," Ferguson commented.

Total War: Shogun 2 is due out on March 15th 2011. Don't forget to check out the rest of the interview, as well as our hands-on preview.