Sucker Punch's inFamous 2 out 2011, is "more visceral" than first 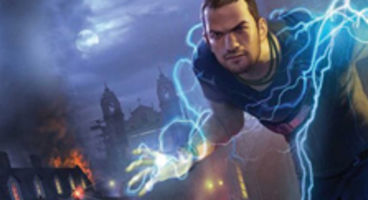 Thanks to the Game Informer mag piece on inFamous 2 we know what to expect when we get the chance to zap things as Cole MacGrath again.

It's a whole new city, new powers, new foes, not to mention a new look and voice for Cole, plus Sucker Punch listened to fans for what worked.

It will all take place in a New Orleans inspired Southern city called New Marais. It will be much more diverse visually and physically promise the developers, to give us a way stronger and more fun playground to zip around in.

That's the other thing inFamous 2 will improve on vastly from the original - getting around. We retain all the powers we earned in the first game but get a lot more to master in the sequel. One of our new abilities will let us nip up buildings real fast.

A confirmed new power is an 'ionic vortex' that is essentially an electricity infused tornado that can do wonders for clearing the sky of buzzing pests like helicopters. Our primary foe will be the Militia, an extremist group hell-bent on 'purify' mankind of all mutants.

Speaking technologically, the leap between inFamous and this sequel is said to be of the same leap between Uncharted and Uncharted 2. We'll see greater cinematic use of camera angles and better overall delivery of narrative says the magazine.

Choices of morality will be of an ambiguous nature too, with much less definition as to what constitutes 'good' or 'evil' decisions. The result of these choices will have far more reaching consequences also for us to enjoy when they kick in.

Bosses will be even bigger than the first and our backstabbing sidekick Zeke returns, and he'll be making it up to us be building gear for Cole. There's also talk of some multiplayer for inFamous 2 although this isn't set in stone.

This week at E3 will see inFamous 2 flinging some lightning so stay tuned.