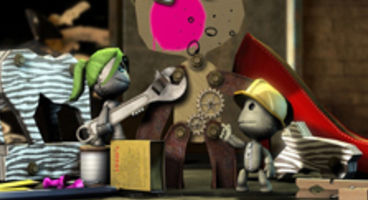 Thanks to Sony America releasing their PlayStation Move software line-up we learn that Media Molecule's LittleBigPlanet 2 is November bound.

A big list of first-party and third-party titles coming to PlayStation 3 supporting PlayStation Move has been announced and you can check them below, courtesy of VG247.