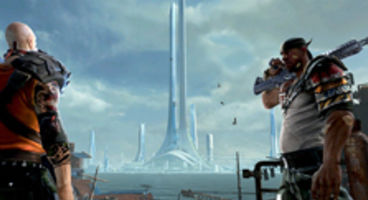 Neil Alphonso of developer Splash Damage, the studio behind upcoming Brink, has lauded Call of Duty 4 and Quake for classic levels 101.

The list of 'classic' designs recently has "gotten pretty large". Alphonso can always picture Quake's 'The Dark Zone' and 'The Bad Place'.

"The first levels that always come into my mind are 'The Dark Zone' and 'The Bad Place' from the original Quake (DM4 and DM6, respectively), as they played a huge role in my decision to pursue a career in the games industry," Alphonso tells TechRadar.

"A more recent single player focused example is the outstanding 'All Ghillied Up' for Call of Duty 4: Modern Warfare, a level in which you re-enact a past mission of your hard-nosed CO," he went on.

"All three of those levels would certainly qualify as classics among level designers, but by now that list has gotten pretty large!" Brink blends both offline and online worlds in its futuristic setting, which is due out on Xbox 360, PS3 and PC in late May, 2010.