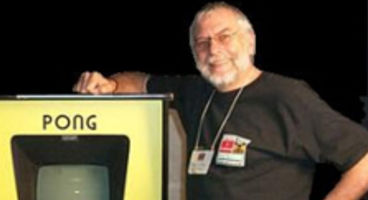 After co-founding Atari back in 1972, Nolan Bushnell eventually left and went on to create a further 20 companies. Now he's back after 40 years.

Bushnell will be "guiding them" as he rejoins the Atari Board of Directors. The veteran founder has a place in the Video Game Hall of Fame.

"I am very excited to be reacquainted with Atari at a time when it is poised to make interesting strides in key growth areas of the games industry," said Bushnell.

"The company and its iconic brands have always been important to me, and I look forward to further guiding them at the board level." Recently CEO David Gardner and Phil Harrison have resigned their posts on the board and left Atari completely.

The publisher says Bushnell's return comes at a time "when Atari has increased its focus on its iconic brand and world-renowned game franchises while further expanding its business online." Now that 'dads home', will Atari start impressing again?

In 2008 a film on Nolan Bushnell's life was announced with mega star Leonardo DiCaprio attached to portray one of the videogame industries greatest founding fathers.

On March 10th, 2009 Bushnell was awarded the Academy Fellowship from the British Academy Video Games Awards in recognition for his amazing contributions.