Splash: It's been a "big challenge transitioning" from PC to console 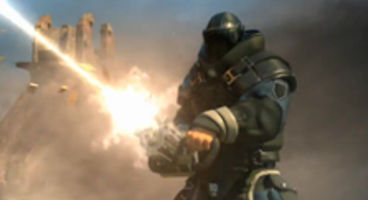 Developer Splash Damage, hard at work on Brink, have admitted how difficult it has been changing from a "PC-only" studio to include consoles.

All three Brink versions are "running great" says Richard Ham, with it "hard to tell" at a glance which is different. Offers real "dynamic" fun.

"It’s been a big challenge transitioning from a PC-only developer (we did Wolfenstein: Enemy Territory and the PC version of Enemy Territory: QUAKE Wars) to a developer working on PS3, Xbox and PC at the same time," Brink creative director Richard Ham tells Skewed & Reviewed in an interview, reports VG247.

"And I’d have to say our biggest success is achieving this goal. Right now, all three platforms are running great and it’s hard to tell at a glance the difference between the three, until you look at the player’s hands to see how he’s controlling the game!"

Brink wants to really set itself apart from the competition by offering a dynamic mission structure that lets the gamer have a playthrough that's entirely unique to their friends. AI development has been a focus to let NPCs do what you can do.

"Everything is dynamic and happens because of choices you make and the choices made by your teammates and enemies. If you play the same missions a hundred times, they’ll each be unique and you’ll get cool stories to tell your friends because you know they happened only to you, and no one else," explained Ham.

"Brink’s AI has to be great because of the way we blend single player and multiplayer gaming seamlessly. At any time, you could be playing against AI or against other human players, and our goal is that you can’t tell the difference."

"So our AI is capable of doing literally every action that you can, which makes for much more exciting and dynamic gameplay. Not only are the enemies more ruthless and surprising, but your teammates are more self reliant and useful."

"In Brink, you won’t have to babysit your AI squad mates and make sure they do their jobs. Actually, if you’re not doing well, they’ll babysit you!" Squad-based games have always undone fast if your NPC AI is sorely lacking. Hopefully Splash Damage's Brink can set the bar for what we gamers expect from others in the future.

Brink releases on Xbox 360, PS3 and PC later this year, rumoured for September 7th but publisher Bethesda have sworn this is not so. Check out the latest trailer.