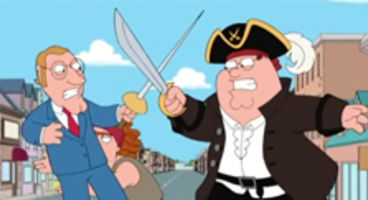 Oh noes! Allegedly there's a USB stick out there in the world that uses loaded software to obliterate Sony's PS3 defences, letting piracy have its day.

The USB dongle code tells the PS3 to run any kind of game code, such as the Jolly Roger kind, regardless of the firmware. OzModChips have proof?

The USB stick is believed to trigger the PS3 console into entering a kind of debug mode, the kind Sony uses, so it will happily play anything from any source; Blu-ray, DVD, HDD or flash drive. Australia-based OzModChips has posted up YouTube clips as 'proof'.

The company behind the 'modchip' as aptly named their creation PSJailbreak, and it's said to ignore even the latest firmware updates from Sony. The dongle appears to be activated by plugging it in and then holding the power button and hitting eject.

This is super bad news for Sony corp if true as until now they've been immune to the broadband pirates. Time will tell if this is a huge fake or something very real.