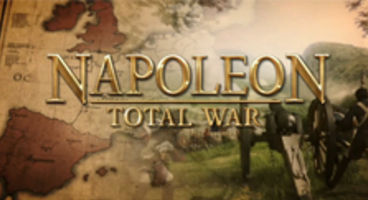 Creative Assembly is to debut their most requested feature for the Total War franchise in 'Napoleon' - gamers can now campaign online.

That means a buddy can help you dominate the world, but Napoleon: Total War also includes "Drop-in Battles" to spice up the war.

"This much-requested mode will allow players to experience the full depth of Napoleon: Total War in a multiplayer environment – either working to stop Napoleon’s advance, or competing against each other to better his achievements," blogged Sega.

The drop-in battles feature lets online players, if you turned the option on, take control of your enemies on the battlefield who would otherwise have just been AI. "Drop-in battles bring a fresh challenge to the single player campaign mode by allowing the players opponents to be controlled in real-time by an online adversary."

Napoleon: Total War releases exclusively on PC February 23rd, and it explores the three theatres that Napoleon himself fought in - Italy, Egypt and Europe.