Epic say "Michael is wrong," they have "no regrets" with exclusivity 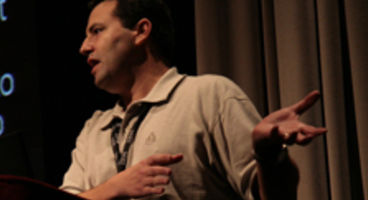 Co-founder Mark Rein dismisses Pachter as "wrong," and adds that Epic enjoys "a great relationship" with the platform and its holder.

“Michael is wrong. We have a great relationship with Microsoft and we have no regrets,” Rein posted in VG247's comments section. The Epic boss also denied that Microsoft was in a battle to keep the melee chainsaw action out of Gears of War. "This is not true."

Epic's upcoming project, which is "awesome shit" by Cliff Bleszinski's account, will be revealed "when the weather’s warm". Gears of War 3 was said to be waiting for the next generation to arrive, but that was soon retracted with fingers point to current-gen.