A PlayStation Move advertisement deemed to violent has been banned in the United Kingdom. It depicts one gang member grabbing another in a headlock with two Move controllers in his hands, and ready to deliver a blow to the face of the restrained man with one of the Move controllers.

The UK’s Advertising Standards Authority disagreed with Sony’s insistance that the poster was supposed to advertise the controller, not a game, and claimed to have “taken steps to ensure that the images were not graphic” and that they did not target or feature children within them. It’s an odd claim to say that it’s not advertising a game, since a specific game would have explained having gangmembers beating each other up.

The ASA stated that the images in the ad were likely to “condone or encourage violent behaviour” and was unsuitable for children but dismissed other claims it was depicting a racist attack, since the victim appears to have blond hair and just seems to have Causasian skin, just more tanned. 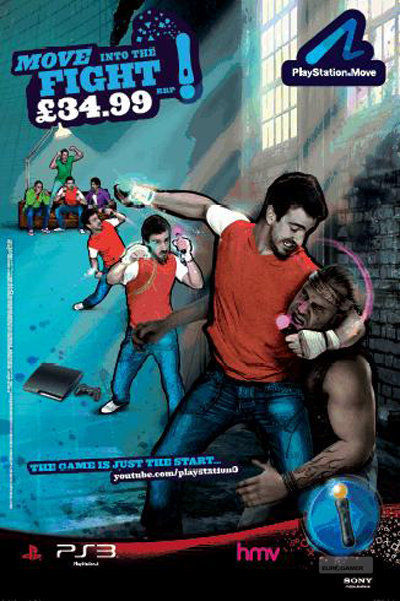