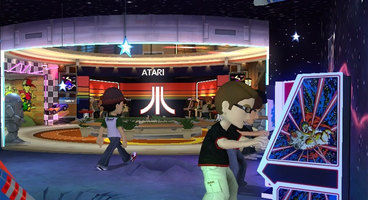 It seems that there are problems with Microsoft's new XBLA venture: Game Room.

Our console here at the office gets stuck at around 20% when trying to load the client, and a search on Twitter using the Game Room tag seems to reveal many other people experiencing a similar problem.

As far as we know, the problem is only limited to the Xbox 360 version of the client - PC users should be ok.

Game Room brings many of the old Arcade classics to Xbox Live through a virtual Arcade environment.

Update #1: Microsoft's AceyBongo & Majornelson have confirmed over Twitter that the company is aware of the problem, and they are looking into it.

Also, someone on NeoGAF seems to have found a work around, which worked for us at least. Let us know if it works for you too.