MotoGP and SBK rivalry "is good" for the series, makes it all "fun" 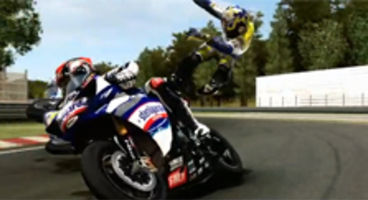 After spying Capcom's MotoGP, Tradewest says Black Bean's SBK X is in "very good shape" and that they've got "the mix just right" for fans.

SBK X releases in Europe this May with publisher Tradewest happy to boast they'll be more than a match for Capcom's rival MotoGP offering.

“Luckily, the amount of motorcycle racing games is limited to only two real contenders – and we’re one of them,” said Tradewest's Aidan Minter, reports MCV.

“So our expectations for SBK X are very positive. Having seen the competition, I think we’re in very good shape indeed. The rivalry is good – it’s what makes this business fun."

“Superbike fans can decide where their true colours lie but overall I’m confident that Black Bean and Tradewest have got the mix just right to deliver a compelling racing game.” What title release these days would be complete without a Special Edition?

A Legendary Roster is downloadable for the SE, which lets racer fans play as motorbike champs like Max Biaggi, Troy Corser and the now retired Carl Fogarty. It in fact celebrates Fogarty's career and his final race, what’ll help boost SBK with fans.

"This year represents the 10th anniversary of Carl Fogarty’s fateful Phillip Island crash, so there’s going to be a lot of buzz around superbikes as a sport,” added Minter.

“There has been a lot of good retail reaction to the Special Edition, so we’re satisfied that it can do well.” SBK X: Superbike World Championship releases on Xbox 360, PS3 and PC this May in Europe. Check out the official trailer below.