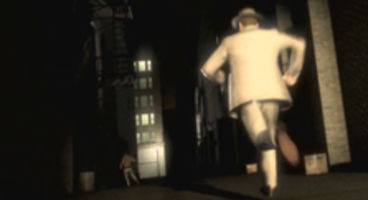 Rockstar Games has been springing leaks left and right, and January isn't even done yet! If this twitter account is legit, then poor L.A. Noire.

Admittedly not all of this could be Rockstar Games fault, but L.A. Noire has one turbulent past. Its name alone is the result of a dev typo.

Kotaku has pieced together the twittering action of 'veracious_shit', and so threaded a tale of woeful development for the upcoming Team Bondi release. "I only expected to do 5 tweets about Team Bondi, how did it turn into 40+?" twittered the tipster.

To McNamara, The Getaway was a tainted brand by Sony's doing, and he cannot create a masterpiece with a tainted brand...The pressure led McNamara to eventually sign a deal with Sony for his new development studio, but he wouldn't have to deal with SCEE...McNamara had an idea that would fucking blow Rockstar out of the water; an interactive 3D noir. Stuff that actually isn't like other stuff...And McNamara would get a chance to create the launch title that completely defined a platform for its entire lifespan.

Work on this launch title began in 2003, and a lengthy three-year development plan would allow the game to be complete by his standards...By the next year, the game was well into development; the team grew into the dozens. Things were seemingly well...Then McNamara saw GTA: San Andreas; it was absolutely epic and went beyond the action basis. The present game plan would no longer suffice.

It became obvious that year that McNamara had little clue what he was doing and was just following his arbitrary whims...He had no clue how to manage a work environment—creating a horrible standard for quality of life with an ineffective human resources team...SCE's development structure changed that year, and McNamara found himself again under the more keen eye of his old SCEE superiors....The new bosses found that Team Bondi had little to show 2+ years of development, except an unplayable game filled with superfluous content...However, the project had already cost Sony USD 20 million+; a cost high enough that they attempted to spend the few months salvaging LAN.

The game was now titled L.A. Noire—the "e" came from a programmers typo of "noir."

After those few months, Sony dropped the game—a situation that threw the studio into disarray...Strangely, McNamara quickly found hospice in his former rivals—the Houser brothers—and L.A. Noire was picked up by Rockstar in spring 2006...Sony and Take-Two came to agreement that the former wouldn't pursue the costs incurred for development in exchange for a franchise exclusive...Obviously, Sony wrote off the costs associated with the development of L.A. Noire.

The 2006 LAN teaser was a target render done by an art outsourcing firm in Sydney...Since then, the game has been revamped, ported, and delayed four times. Rockstar spent more Sony in their efforts to make it not suck...Also, if you want to go to that Rockstar SD Spouse post and replace studio names and games, you have a good idea of Team Bondi as of present.

Rockstar Games has recently revealed that they'll be soon unveiling actual game details for L.A. Noire, which they make sound is dead on track. It's really "ground-breaking and innovative" they claim. All we have so far is a rendered teaser trailer.