Natal is "Holy Grail in many ways", new experiences with low cost 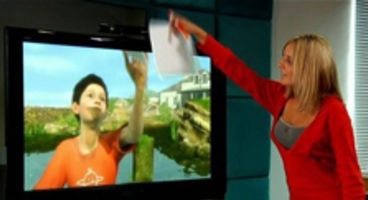 It injects new life into the Xbox 360 half-way through its lifecycle, it's "a midlife kicker". Whole new experiences without forcing us to "start over again".

"There's a tremendous opportunity from a business perspective to produce a new experience for people without shipping a new console," Bach told Techflash, reports GamesIndustry.biz. The install base stands at around 39 million Xbox 360s.

"I mean, that's sort of the Holy Grail in many ways of the console world is how do you ship completely new game experiences without actually forcing everybody to start over again, and I think Natal certainly presents that opportunity."

Project Natal is a standalone camera that uses the existing hardware and software of the Xbox 360 and its dashboard to power the Natal motion camera. It was to have its own chip but Microsoft drop the design in favour of cheaper manufacturing costs.

"You know, now when I think about the broader impact, I think you're going to feel that over 12, 24, 36 months, because I think we'll do some great experiences out of the gate, and people will say, wow, that's really cool, and then the creative teams will really hit their stride, then the technology team will really hit its stride, and how it integrates with Live will get enhanced," continued the Microsoft boss, who retires this autumn after 20 years.

"Because it's software and services oriented, you've got three, four years of some really cool innovation that can happen."

"It's a midlife kicker for the 360, and it's an opportunity to really drive that business in a dramatic way," he added. Project Natal and a number of launch titles are due out at retail this holiday, with Sony's PlayStation Move arriving a bit earlier in the fall.