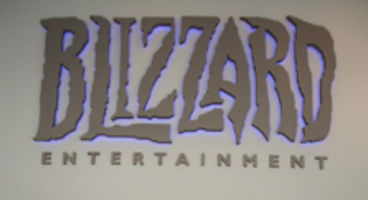 Co-founder Frank Pearce of Blizzard has warned that they face "a constant struggle every day" to make sure they stay on track organisationally.

Such has been the success of World of Warcraft that Blizz finds itself with "lots of room for improvement." Has no "sense" of family anymore.

"It's a constant struggle every day to make sure we're doing the right things with the organisation," president Pearce told Eurogamer. "I don't think our on-boarding process is very smooth at all, especially considering our size and what we're trying to achieve."

"We have lots of room for improvement."

A mission statement for the developer and a set of core values has helped them through the growing pains of their huge expansion. It's been challenging for the big boys in charge to keep everything in line with so many teams and projects.

"On the development teams, they're very much like family. They know everyone on their team and they work together day in and day out."

"They have very distinct cultures, because there's the WOW team, and there's the StarCraft II team and the Diablo team. But we don't have that sense of small team and family as an organisation any more," explained Pearce.

"And it's OK, right? We made great games to get into the hands of our fans, and this is a side effect of that." StarCraft II releases exclusively on PC July 27th. Are you worried Blizzard might fall prey to its own mega success story?