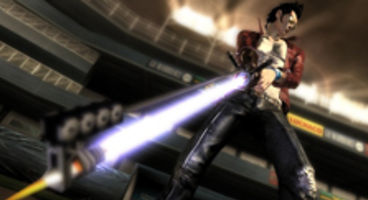 The BBFC in the UK has put an 18 sticker on No More Heroes: Heroes' Paradise from developer Grasshopper. There are no cuts to the HD port.

Konami is publishing the PS3 versions in Europe and the US with PlayStation Move support. It's been released for Xbox 360 but only in Japan.

There is no date yet of an Xbox 360 version for Europe or the US - if they bother at all. This is a HD port of the original No More Heroes videogame from Grasshopper Manufacture. Are you looking forward to No More Heroes: Heroes' Paradise?