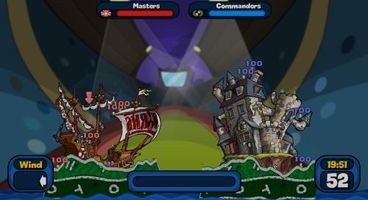 Last week, the first DLC was released for the Xbox Live Arcade version of Worms 2: Armageddon, the "Puzzle Pack". This week, Team 17 has released some new DLC for the 360 version, the "Forts Pack", which can be downloaded from Xbox Live Marketplace right now.