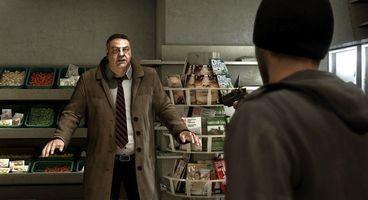 For all the accolades and derision that was inspired by Heavy Rain, developer David Cage has no desire to work on Heavy Rain 2, stating that story is finished and the only reason to make a sequel would be a quick money grab.

In an interview with Develop, Cage firmly said, “I’m not in this business to make money. I wrote Heavy Rain because I was excited about it, because there was something to say. Yeah I could make Heavy Rain 2, but I’ve said what I’ve had to say about it. That’s the strength of Quantic Dream, to have the capacity to create new ideas, to make something that breaks ground.”

This isn't the first time Cage has ruled out a Heavy Rain 2. Back in March after the game swept up at the BAFTA Awards, he stated there would be no sequel because of a different reason. Cage declared, "We created the genre. We own the genre, and we want to show that Heavy Rain was not a coincidence or a lucky shot - that it was really something that makes sense and that we can build on. But at the same time I didn't want to make a sequel. I made that very clear before knowing whether the game would be a success or a failure, because I want to show that it's really a genre. Which means that you can use a similar drama to tell any type of story in any genre and in any style."

Heavy Rain was to have downloadable content, much like L.A. Noire's, but it was canceled to bring a PlayStation Move version of the game.