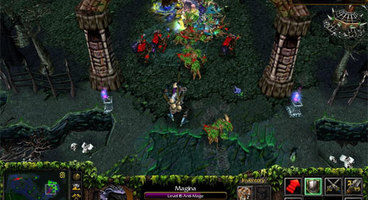 Valve has announced one of the worst kept secrets: Defense of the Ancients 2 will be at Gamescom. What is the surprise is that Valve will also be running a DotA2 tournament at the German-based games conference.

More infomation about the tournament is on the official site here, including how to watch the live steam.

Defense of the Ancients 2 will be released on PC and Mac later this year.