Namco lawsuit over The Witcher 2, upset with 'publisher switch' 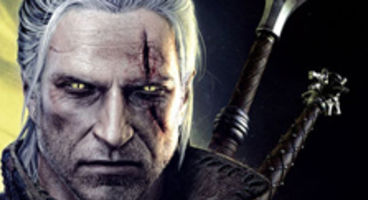 Namco Bandai has filed a lawsuit aimed at CD Projekt RED because they accuse the developer of violating an agreement by signing with THQ for Xbox 360.

They're also displeased with how the studio removed DRM from PC The Witcher 2. CD Projekt's Adam Kicinski says "loser will pay for our lawyers."

"As with most cases, we first tried to end the dispute peacefully," said CEO Adam Kicinski. "Attempts failed and because of this, we hoped that our partner would send the case to the court. The agreement that we signed last year, concerned only the distribution of "The Witcher 2" for the PC. The records were carefully clarified to avoid any ambiguity."

THQ was picked by CD Projekt to distribute the Xbox 360 version. Namco Bandai feel this should have been their gig. "Namco Bandai have options when choosing the priority of our distributor’s version of the Xbox 360. It could use, but not taken advantage of certain preferences. In this situation, we chose the offer that THQ made us," he continued.

"Our financial situation is very good at the moment and the lack of a few million does not have any impact on current activities. Withholding of payments means only that after some time, our partner will have to give us the money."

"I hope that the whole thing will end with a pre-litigation settlement. If it doesn’t, I am sure that we will win the case and then the loser will pay for our lawyers." The Witcher 2 was announced for Xbox 360 just before E3 2011. The PC version has already achieved high critical praise and impressive sales for the RPG sequel.

DRM was universally removed from all versions of the PC game by CD Projekt RED, despite only the gog.com version promising to be the only DRM-free copy before launch. Have you played and enjoyed The Witcher 2: Assassins of Kings?