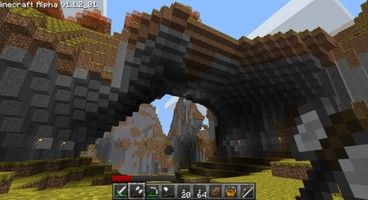 When the Xbox Live Arcade version of Minecraft was announced, there was a lot of speculation on how the game would be implemented on the Xbox 360.

In an interview with Develop, Markus "Notch" Persson and Daniel Kaplan revealed some details on the game's upcoming launch on Xbox Live Arcade.

According to Persson, "The way we’re going to do it is similar to how we did Minecraft on the PC. So we’ll do a beta version first or something like that and then try to get feedback – find out which parts are actually fun to do, what do you like doing when playing on the console as opposed to the PC. I think there will be a big overlap in terms of both console and PC players, and they can help us figure it out."

The XBLA version, however, will have some limitations. Kaplan stated that mods will not be included in the Xbox 360 version, and updates will not be as fast due to the extensive testing that must be done to not "break the Xbox system."