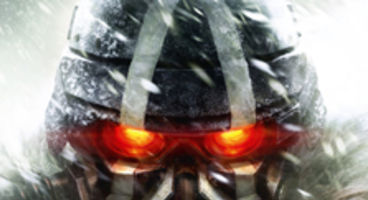 You can point anywhere on screen and let bullets fly. There's a "trade-off" he acknowledges but a lot of hardcore gamers are "starting to prefer" it.

"I think they're opening up to it," replied principal programmer Tommy de Roos, asked if hardcore FPS fans are treating PlayStation Move.

"At the beginning there was a lot of reluctance but I know that a few of them picked it up, they tried it and they were actually quite surprised at how well it worked and the extra dimension it gives you," he went on.

"You lose some of the accuracy when rotating, that becomes more difficult," he said.

"But you make up for that by being able to point anywhere on the screen and send your bullets flying there. So it's a trade-off and a lot of hardcore gamers are seeing that and actually some of them are starting to prefer playing with the Move."

He believes within a few years time motion-based point controllers could very well be the norm among first-person shooter games.

"These are just the initial stages. Nintendo did a lot of research there, we did some research there now and it's slowly progressing," said de Roos.

"I think, as this develops, in a few years most of the first-person-shooters will be played like this. I really think so. Maybe not the Move specifically but a pointing controller like this." Killzone 3 releases exclusively on PS3 February 22nd - it supports PS Move.