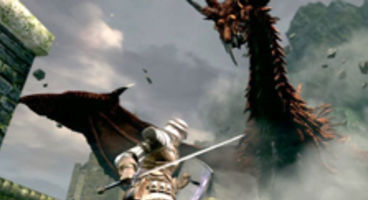 Demon's Souls spiritual successor Dark Souls from Namco Bandai has been given the E3 hands-on treatment and gameplay footage has been released.

Producer Brian Hong chats away with GTTV revealing some more details although some areas the developer still won't discuss yet, like monsters.

You may remember that Demon's Souls is a hard-as-nails RPG for PlayStation 3 that has already developed quite a cult following, mainly for its brutally savage difficulty. It also featured tips left by other players appearing in everyone's game.

See the E3 2011 gameplay footage and developer interview below.