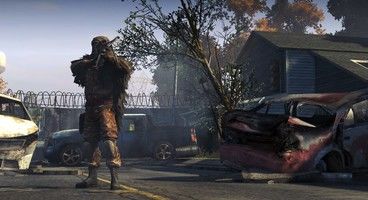 Homefront, Kaos Studios' wartime fantasy about North Korea invading the United States, will have an Online Pass, in which first time users can play online for free, while used game purchasers will have to pay to get full access. The Homefront 'Battle Code' is now available on the PlayStation Store for £6.29/€7.99, a week before the game's release.

Users without an Online Pass can still play online, but their leveling will be capped at level 5 (of 75). While the Online Pass was only seen on PSN, it's logical that it'll be present for the Xbox 360 version, and perhaps the PC version as well.

The single player campaign of Homefront is reportedly only 5 hours long, so the multiplayer component plays a significant part of the game's longetivity.