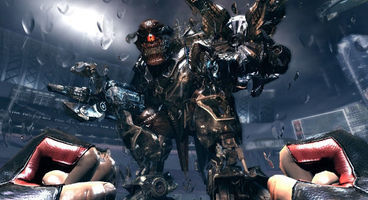 Analyst Arvind Bhatia with Sterne Agee stated that that he expects Duke Nukem Forever, released this past Tuesday, to sell 1.5-2M units, lifetime. He also revealed that store checks indicated that first day sales of the game in the U.S. were "mediocre."

Take-Two "was conservative in its unit assumptions on Duke Nukem," surmised Bhatia, and that the game is just "a one-off title for Take-Two."

Duke Nukem Forever has received some savage reviews, and has gotten flak for various offensive scenes including a level treating the rape of sobbing women as comedy material. The game did outsell L.A. Noire on day of its release.