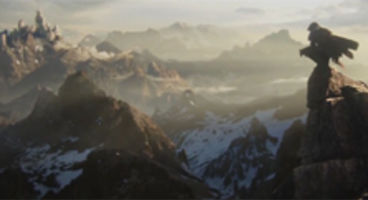 Ubisoft's Darby McDevitt, lead writer for Assassin's Creed: Revelations, says "most of the important details" of Ezio and Altair's lives will get disclosed.

However mystery remains thick in the air as "Desmond's story continues." The Animus prevents "seeing certain things" but they know "a few devious tricks."

"Well, we won’t answer everything because Desmond's story continues. But fans will definitely know most of the important details of Ezio and Altair's lives, and how they fit into the grand scheme," said McDevitt. Assassin's Creed: Revelations closes Ezio's story.

"52 is a good age," said the game writer, "but one must remember that Ezio and Altair are rather special people. Also, although 52 was old in the 1500s, it wasn't uncommon for people to live for quite a long time." Some speculate Ezio likely dies in Revelations.

"Suleimon the Magnificent lived to around 70, and one Janissary that we found lived to be 104," he said referring to a Sultan's bodyguard.

McDevitt teased that "hardcore fans know the logic of the Animus prevents us from seeing certain things in a character's life - but we also know how to pull a few devious tricks. Just wait and see." The latest instalment will be at ComicCon next week.