Sony: Gamers will want the "perfect human being in digital form" 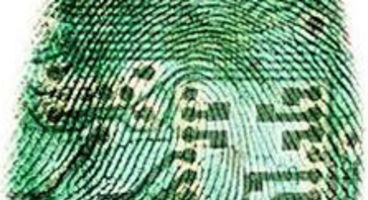 The hope is we'll have AI that lets us "truly interact with a character" and their world, but can it be that soon? Holographics is "definitely feasible" within 10 years.

"I think what people want in games in 10 years is the perfect human being in digital form," said Shuhei Yoshida of Sony, "where you can't tell the difference if it's real or digital. In your reality it's a human." I think EA's The Sims would certainly be skirting an 18 certificate.

Sony's 3D pioneer Mick Hocking claims the next 10 years will play host to numerous advances in AI that should help further the goal of the digital human. "In 10 years, are we going to be able to interact with characters in the games?" asked Hocking.

"In Uncharted you can see they're getting ever closer to real acting performances with great scripts and great interaction, but the more accurate they become, it's still an acting performance that's coming back at you."

"Will we have AI that allows us to truly interact with a character, talk to a character, show the character objects and it can recognise them?"

Players themselves may end up becoming actors within the games with consoles able to read facial expressions and monitor biometrics to determine their mood.

"Perhaps you're playing a detective game and you're playing a witness," Hocking suggested. "The game has got to decide whether you're lying, rather than you deciding whether the character's lying in the game, because we can look at your expression on your face."

"That kind of stuff would be really exciting - bringing the player in as an actor themselves."

"In 10 years' time it would be nice to think we could form a map of the player. Your facial expressions, your heart rate, you can see how you build over time a map of a player and learn their emotional states and learn how their emotional state changes. Maybe even their social network can comment on them," continued the Sony 3D chief.

"The more accurate that map can become the more accurate we can be about delivering an experience to change that emotional state. If they're feeling sad we can make them feel happy again. It would be great to think that's possible within 10 years."

"In the future, in 10 years, I like to think developers will have access to information of the player in real-time, and will be able to create some almost dangerous activities," Yoshida stated. Yes it seems Disney's Tron prediction might beat Skynet to the finish line.

3D looks an inevitable stepping stone to holographics doesn't it?

"Holographics is definitely feasible within the next 10 years," Hocking said.

"We can produce a pseudo-holographic effect now by head tracking the player with a Sony 3DTV and EyeToy. You bring something out of the screen and you can look around it, which is quite a different experience to just having standard 3D."

"We're right at the start of doing the R&D on this, so, we're really looking to our game designers taking these types of technologies and working out what they can do to enhance the actual gameplay." Super realistic videogames - could they be fun?