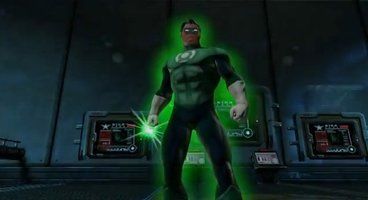 Even before DC Universe Online was launched, the question that was constantly asked of Sony Online Entertainment was, "Will DC Universe Online be free-to-play?" The reply was always that DCU Online would have a traditional subscription model. That ended today as SOE has announced that the comic book MMO would be going free-to-play in October.

SOE executive producer Lorin Jameson stated, "When we launched DC Universe Online, we introduced a very different brand of massive online game driven by fast action combat to PC and PS3 gamers and with that, we discovered a new type of online gamer," he then aded. "We've listened to our community, and we've determined that the free-to-play model is the best fit for DC Universe Online."

Smedley continued, "Our philosophy embraces learning from our experience and as a pioneer in the free-to-play space with proven successful games like Free Realms and Clone Wars Adventures, we believe this new model will expand the DCUO experience and offer more options that cater to every type of player so they can play the game in a way that fits them."

One has to wonder if SOE was also influenced by the fact PSN Plus subscribers wouldn't join an MMO and double their subscription duties. Another thing SOE did do as a result of subscriber feedback is remove the automatic resubscribe feature.

DCU Online will go with three payment plans: free, premium and legendary. As one might expect, free will limit players to two characters and will be allowed to join a league. Free players will have limited in-game currency, and will have to buy game packs, more character slots, and some powers via microtransations.

Premium players are players who used to be subscribers and now play for free, or players who have spent at least $5 USD in items. These players will get higher in-game curency limits, and more character and inventory slots. As one might expect, Legendary players are those who continue to pay the $15 USD/month subscription fee. They get all downloadable content free, over 15 character slots, more than 80 inventory slots, and the ability to form leagues.

The Green Lantern-themed DLC "Fight of the Light" was recently released.