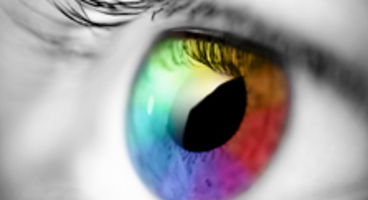 Gabe Newell of developer Valve believes the future of gaming will involve, eventually, reading the biometrics of players to gauge and utilise emotions.

While we "don't know" how we'll get to that point, it's "going to occur" notes Newell. Valve is in talks with a biometric chip implant company - no longer sci-fi?

"When you look at the kinds of experiences we try to create for people, having access to internal state of the player allows us to build much more interesting and compelling experiences," Gabe Newell said in a recent Steamcast.

"So we don't really think that that's in doubt; the question is really about when and in what forms that takes. Even very simple noisy proxies for player-state, like skin galvanic response or heart-rate, turn out to be super-useful and they're very much at the beginning of the kinds of data that you can gather."

Valve believes at the very least sensors that measure these forms of readings from players could be incorporated into the next generation of controllers. Even advances in webcam technologies can provide degrees of biometric data to use, e.g. pupil dilation.

The studio experimented with biometrics with a special Left 4 Dead 2 build. They were genuinely surprised by the change in the game when other players could read the data on one another - it became even more of a social experience.

"This was not something we were expecting and it's the sort of reason you like to invest in these kinds of research efforts is it's not only the things you expect it's the things that catch you by surprise," said Valve boss Newell.

Ultimately this kind of additional input from videogamers will become the norm. "So, I think that that's just going to happen, in how we get there, what form factors that takes, how controllers and input devices change. That's the thing we don't know - the fact that it's going to occur I think is pretty predictable at this point," he continued.

"We're working on sort of industrial designs ourselves, like we did a mouse design that we've been using here internally. You could also do game controllers and things like that and even the primitive kinds of hardware that a software company does, we're working pretty well. So I would actually be surprised if the next generation of certainly living room devices didn't have some form of that."

Would you be comfortable letting games and development studios 'read you'?