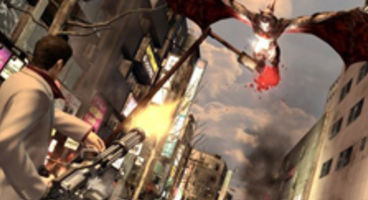 For the first two weeks of Yakuza: Of the End being on sale in Japan the zombie-filled spin-off instalment has shifted 400k copies boosting the franchise.

Overall the Yakuza series has now sold over 5 million copies around the globe, announced publisher SEGA. It began back in 2005 on PlayStation 2.

There have been 3 sequels to the original as well as 3 spin-offs: the samurai-flavoured Kenzen, PSP's Black Panther and now the undead plagued Of the End. Are you a fan of SEGA's Yakuza series? For a while it seemed unlikely to head west anymore.