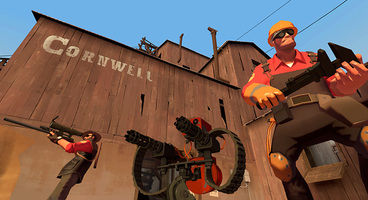 NeoGAF's "Drkirby" found something interesting when pouring through the registry, uncovering what looked to be a test version of the alleged F2P game, listed as "Valve TestApp440 – Test 1". The game attached to #440 is none other than Team Fortress 2 – the number is even shown in the game's product URL.

The TestApp440 is check-marked under the "Subscriptions" tab as having no cost, according to the registry entry. A "low violence" version was also spotted in the registry, for those squeamish Germans (the entry had a DE country tag.)

Since Team Fortress 2 was released way back in 2007 alongside Portal - which was given away for free by Valve as well - Valve may give away the game and microtransaction it. Stay tuned.