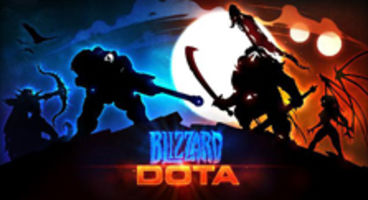 The StarCraft 2 mod known as 'Blizzard DOTA' has been "completely flattened" since its showcase at BlizzCon, as the studio found it lacking in philosophy.

While they can't "dive into details," the reason behind the 'complete reboot' was because it "doesn't really fit" Blizzard's design philosophy of "easy to learn".

"Getting it right and just meeting the Blizzard quality bar, and questioning a lot of the assumptions behind the genre, which is what we do at Blizzard," said senior game designer Jonny Ebbert, discussing what challenges Blizzard faces with their own DOTA.

"What we showed at the original BlizzCon, we've completely flattened it since then and completely rebooted it because we just thought, there's more we can question on this."

"Outside of that I really can't dive into details." They want to make sure fans can easily pick up the DOTA gameplay without getting screamed at by veterans.

"One of the important things to note with that space is the DOTA everyone plays on Warcraft 3 is not particularly accessible to the novice," said Blizzard's Frank Pearce. "One of the game development philosophies we have at Blizzard is, easy to learn and difficult to master. That mod for Warcraft 3 doesn't really fit that description."

"That's a big challenge for us: taking this concept that doesn't really fit that philosophy and adapting it to a philosophy that's important for us."

Ebbert agreed: "DOTA's a very addictive game that chases the vast majority of people off because their team mates are screaming at them. We've always felt DOTA has a very accessible, easy to approach fun game deep down inside that's just waiting to come out."

"We've just been basically carving around that and trying to knock off all the rough edges and really make it more user friendly." Blizzard DOTA will be detailed more at this year's BlizzCon event where hopefully it won't suffer another full reboot and releases in 2012.